The history of Majella

We live here in Decontra and what drives us to you is the passion for our land and our products. The agritourism is managed by our family which includes Pauline grandfather who has lived all his life in these mountains and puts at your disposal its experience as a pastor and farmer. We speak of nature in a romantic way, identifying himself with the forces of the seasons, with the songs of the woods and the echoes of the animals. We seem to live that world gone forever.

The complex comes from some old barns skilfully restored in full respect of the original materials and construction techniques: the Maiella stone and wood floors, in its consistency of these assumptions, we have maintained over the space allocations original renovating six en-suite and two apartments with kitchenette and fireplace and all rooms are fully self contained. 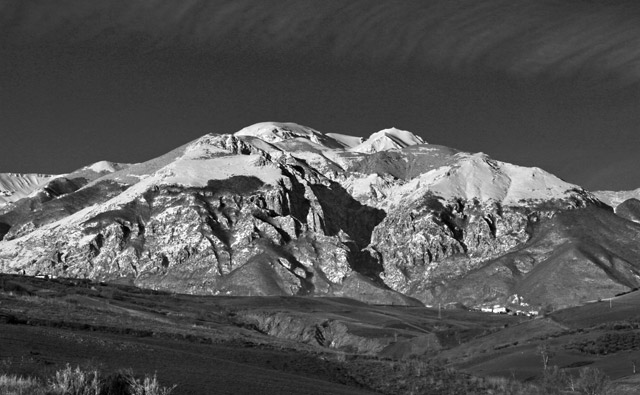 History of the Maiella National Park

Majella, as well as wild nature, is extraordinarily rich in historical, archaeological and architectural. It was precisely the harshness and beauty of the landscape to encourage various forms of human settlement that led to the area's history.

It 's always been inhabited since the Paleolithic period, 800,000 years ago, when bands of hunter-gatherers, belonging to the species Homo Herectus, used the natural resources of the mountain to get food, through the gathering of wild foods and hunting of large mammals, and materials from which to make tools.

The subsequent historical periods will mark more and more on the rise Majella, forms of agroforestry economy which, together with the spread of the monastic presence and 'hermitage, a decisive influence on the history, the landscape and the use of natural resources.

Missing the hermits, the most inaccessible areas of the Majella, have been for a long time unchallenged domination of bandits and brigands, singly or arranged in bands, almost always decisive in their actions by deep political motivations, social and economic.

Of the phenomenon are still significant traces, like the engravings carved on the rock called "Table of Brigands". 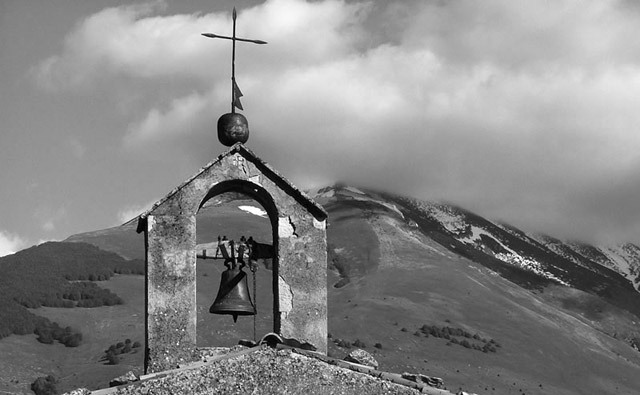 The story of grandparent Pauline

The evolution of the landscape

The landscape of the Park of Majella, the very heart of the Park, has been profoundly shaped by man in a harmonious and positive.

Attractions from historical sites in the ancient villages of: Caramanico Terme - Romanesque church - Gothic S. Maria Maggiore, and the church of St. Thomas the twelfth century. with architraves, rose windows and frescoes of the thirteenth century.

Pacentro, picturesque medieval village with the remains of the Castle of Caldora - Cantelmo the fourteenth century. and the fifteenth-century Church of St. Maria Maggiore. Salle, with the remains of the Castle of Salle. Tocco da Casauria, Pennapiedimonte, Pescocostanzo with its splendid palaces, the '500 and '600 and the Basilica of S. Maria del Colle, the XI century. rebuilt in 1466 and completed at the end of 600. Roccacaramanico, now deserted, Guardiagrele, with the Romanesque church of Santa Maria Maggiore of the eleventh century. and the Church of St. Francis with Romanesque portal - Gothic of the fifteenth century. Sulmona, Cathedral, Palace Tabassi, Church of the Annunciation, originally from 1320, Morronese Abbey or St. Spirit, built in the thirteenth century.

By Pietro da Morrone, near the Sanctuary of Hercules Curino from the middle of the first century. B.C.